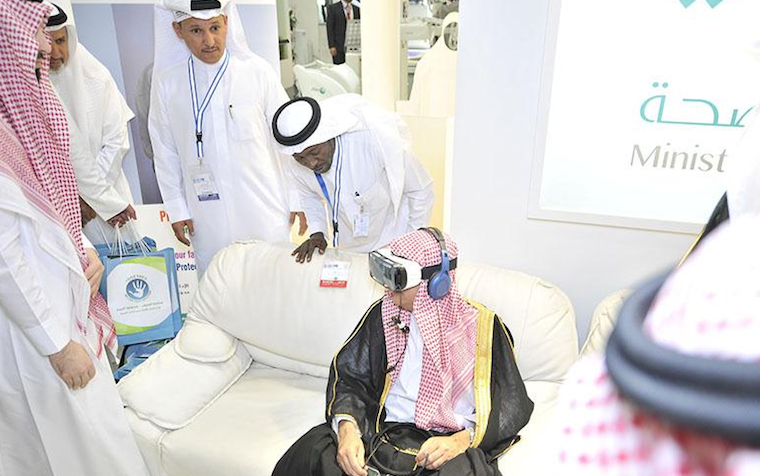 The event showcased some of the latest in health care innovations, including state-of-the-art technology and treatments that the Saudi health industry is eager to adopt.

This year’s show was the third Saudi Health event, and the largest to date. More than 350 exhibitors from 11 countries filled the Riyadh International Convention and Exhibition Center, where visitors were invited to workshops and product launches.

Health care professionals were encouraged to attend Continuing Medical Education (CME)-accredited conferences as well, where they can learn new skills and refresh old ones under the most recent guidelines from the Saudi Ministry of Health.

Saudi Health 2015 also served to facilitate networking between medical suppliers and other product and service providers.

“Visitors received a first-hand demonstration of newly launched products and at the same time sourced state-of-the-art equipment and machinery directly from global suppliers,” a representative from the Riyadh Exhibitions Company, which organized the event, said. “The exhibitors were equally upbeat with the outcome of the exhibition, where they were able to close many successful deals.”

Saudi Health 2015 is beginning to see the results of the bridges it has tried to build in the nation’s health industry, which can be seen in the new projects that have been announced as a result of the expo. Interhealth Canada used the gathering as an opportunity to announce a new partnership with the Endowment of King Saud University, with the firm agreeing to manage and operate the endowment’s medical tower for 25 years.