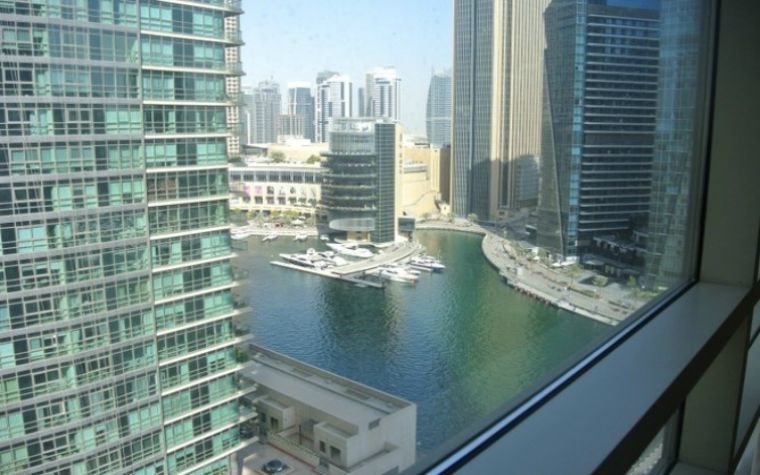 Dubai | One Real Estate
Despite a tempered real estate market, Dubai-based ENSHAA has sold over 97 percent of its D1 Tower Apartments in one of Dubai’s latest mega-projects, Cultural Village, and recently began the handover of the 80-floor, 518-apartment skyscraper.

“There has been an undoubted softening in the market in the past 18 months and like all responsible developers, we adjust our positioning accordingly,” ENSHAA Chief Executive Officer Raza Jafar said.

According to the Emirates NBD Dubai Real Estate Tracker released in August, Dubai property values have slowed down. The study states that 60 percent of real estate agents reported a decrease in average sold prices.

Despite greater caution among buyers and a weaker underlying investor sentiment, the market is expected to make a jump back. For now, according to Jafar, the new stock for D1 Towers is weaker, as rates for waterfront residential properties fell $81 to $109 per square foot.

The lack of investor interest has not stopped ENSHAA from ambitious projects in Dubai’s Cultural Village. The D1 alone is a unique blend of modern architectural tradition and Arabic heritage. The giant "fishing net" wooden canopies at the base of the tower are the first free-form timber structural canopy in the Middle East. To complete it, German engineers designed it at home and then flew with it to Dubai for assembly.

“The attention to detail and pursuit of luxury allows D1 to stand out in a town of many other impressive buildings,” Jafar said. “The developer has stayed true to the concept design and the tower contains many architectural features.”

ENSHAA is also responsible for the highly anticipated Palazzo Versace hotel, adjacent to the D1 Towers, which is scheduled to open its doors before Christmas. The developer has already sold 90 percent of the 169 available Palazzo Versace residences.

The two projects are the first to be completed in the Cultural Village. In a talk at Cityscape Global held in Dubai this month, Jafar attributed delays in the project to a lack of infrastructure to the area.

“The only project being delivered over there is our project, which we delivered despite all of the shortcomings the area had over the last few years, with no infrastructure, no road access, no electricity. We generated our own electricity and did whatever a developer can to ensure a good-quality delivery,” he said.

He remains optimistic about the project's future. With a location 10 minutes from Dubai mall and the airport, and a history as the start of the culture of trade in the region, ENSHAA is planning more projects in Dubai’s Culture Village.