Virtual reality booms in the UAE 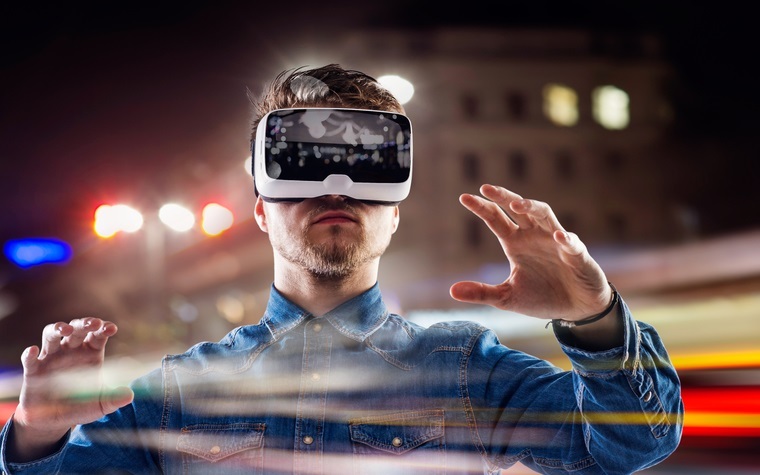 Most of us still have not donned the Oculus Rift virtual reality (VR) headset, but in one of the major centers of global innovation, the high-tech and big-money city of Dubai, the move toward VR in various industries is alive and well.

The sky isn't the only place that virtual reality is taking hold in the Emirates, however. The same report, for example, describes a gaming project called Hub Zero that's being developed by a Dubai-based company, and is set to equip Dubai’s City Walk project with various attractions and rides based on a “new dimension” of virtual gaming.

Not to be outdone, officials in Egypt are working on a much different project that, instead of propelling us furiously into the future, drags us far back into the past.

In this case, an American firm is working with the Egyptian government to set up a new virtual reality experience related to the 1922 discovery of King Tutankhamun's tomb.

"The discovery of King Tutankhamun's tomb in November 1922 was an unprecedented event," Fathi Saleh, an honorary director at Egypt's Center for Documentation of Cultural and Natural Heritage, said. "The content of the discovery, which is the most valuable treasure found worldwide, contains more than 4,000 pieces. Now, with the advanced information technology tools, including virtual and augmented reality, one can simulate … the discovery and the richness of the treasure in a very realistic way."

All of the above moves toward more immersive virtual reality experiences are exciting, but Rik Willard, the founder and managing director of Agentic Group, sees even more innovation on the horizon.

“To me, the more exciting opportunities are going to be B2B.” Willard told the Gulf News Journal, citing tele-surgery where VR robots could revolutionize the capability of health care providers.

On a broader level, Willard said, VR will tie into other key technologies, such as 3-D printing, and payment technologies like Blockchain, to really change the way that business works.

“We see the convergence happening very quickly.” Willard said. “There are all of these technologies that we’ll take for granted 20 to 30 years in the future that are groundbreaking right now.”

Willard’s company helps businesses to sort through the hype that he says surrounds a lot of these technologies, to make good choices in anticipating what's in store for the future.

All of this progress, he said, won't come without a few hiccups.

Willard cited the rapid changes to banking that are bound to occur when cryptocurrencies and digital payment methods really emerge on the scene.

“What happens to banks when people can make payments effortlessly?” Willard said. “When smartphones get cheap, everyone will have them. What happens when (thousands of previously un-banked consumers) come crashing into the global economy? It's an interesting conversation.”

Willard said he hopes to be able to educate Agentic’s customers, to make them more able to handle the rapid changes that are going to emerge from critical mass progress in virtual-reality and other fields — changes that are likely to have huge and unanticipated impacts on our world sooner, rather than later.