Kuwait airport travel up 7%, but what about discrimination controversy? 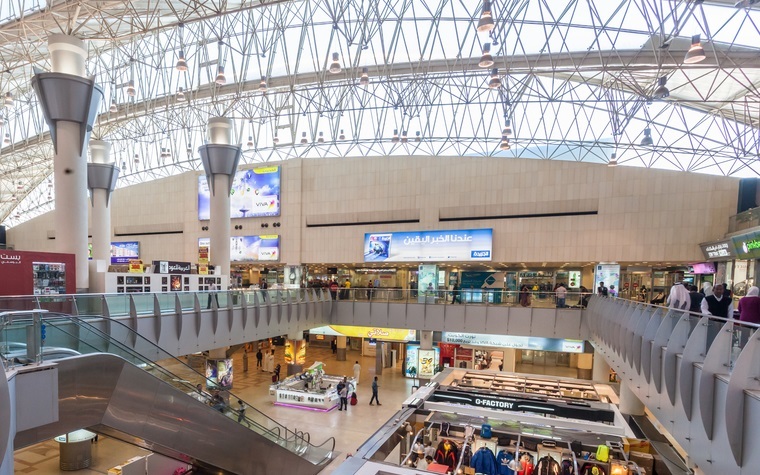 Air travel to and from the small Gulf Coast country of Kuwait seems to be growing - but with the recent abandonment of London-JFK routes by the country's leading airline, Kuwait Airways, that growth is not likely to be coming from the West.

Recently released statistics show that the passenger volume through Kuwait International Airport is up 7 percent from 2015 as of May.

Airline statistics showed a total of 8,832 incoming and outgoing flights for the Kuwaiti airport in 2016, and 8,630 in 2015. Total cargo weight has also increased by about 5 percent.

So where are these extra travelers coming from?

Some indicators involve recent changes to the Kuwait airline’s flight schedules, such as a nonstop flight to Manila in the Philippines and year-round service to Munich, Germany, implemented within the past year.

As for the western audience, Kuwait’s airline has suffered from dropping its London to New York City flight after a kerfuffle about discrimination against Israeli travelers. In 2013, an Israeli was denied flight between Heathrow and New York on Kuwait Airways. This eventually triggered an investigation which found denying Israelis access to these flights violated international standards. Oddly enough, denying Israelis nonstop flights from JFK to Kuwait does not constitute discrimination because Israelis are not allowed to visit Kuwait.

However, the news of the airline changes did not sit well with the general public when they were announced early this year.

Berman highlights how the agreement that had been in place between Kuwait Airways Corporation and the Port Authority of New York and New Jersey was a casualty of the airline’s “bigotry.”

Stephanie Hemelberg has traveled through the Gulf region as a journalist covering Middle East issues.

“Without a shadow of a doubt, it is an incredibly obvious discrimination.” Hemelberg told the Gulf News Journal on Wednesday. “The airline doesn't have the right to refuse to sell tickets based on a flier’s ethnicity or citizenship. ... The fact that they say that they are supporting their decision … is not only absurd but incredibly unprofessional.”

As for general trends, Hemelberg acknowledged that despite the furor over discrimination, the region still sees growth.

“The data shows that Gulf tourism is rising, but that doesn't necessarily mean those travelers are coming from the Western world.” Hemelberg told the Gulf News Journal.

Hemelberg cited other areas getting renewed attention, including Micronesia and Southern Asia, as potential destinations for international travelers.

As for countries in the Gulf Coast region, Hemelberg said although they may be making concerted efforts to increase trade relationships, they may face headwinds.

“We still have a long way to go regarding this subject.” Hemelberg said. “Still, stigmatization of Islam is overtaking the Western world - because of that, any possibility of trade is going to be held back.”