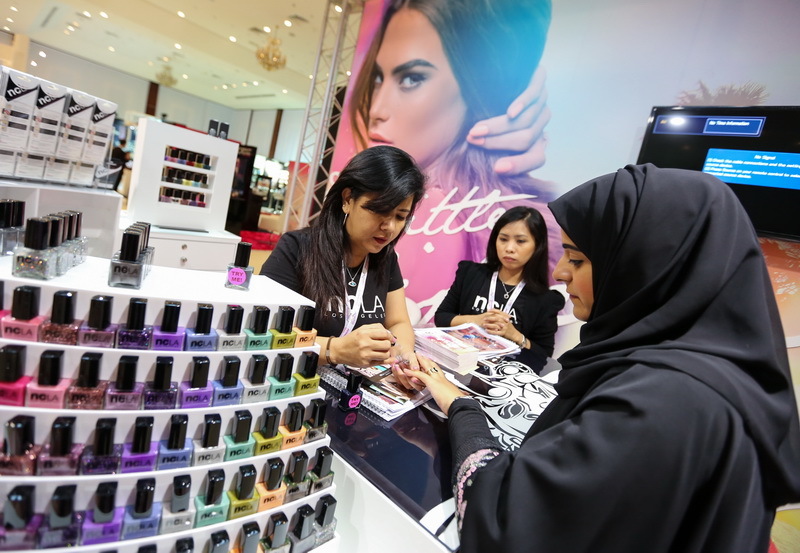 Euromonitor International, a London-based global market research firm, recently reported that the beauty and wellness market in the Middle East and Africa is expected to see a whopping 6.4 percent rise over the next five years, with a total value of $34.7 billion by 2020, up from $25.4 billion in 2015.

Against this backdrop, Ahmed Pauwels, CEO of Messe Frankfurt Middle East, the organizer of the region’s largest international beauty and wellness trade show, recently spoke with the Gulf News Journal.

“That the region is a fast-growing beauty market is no surprise actually,” Pauwels said. “Traditionally, Middle Eastern societies have placed a premium on beauty and have been noted consumers of high-quality beauty products, cosmetics and fragrances. Growing populations, rapid urbanization and increasing prosperity leading to larger disposable incomes are also factors in making this a key marketplace for beauty and wellness.”

Fragrances have always been a top seller in the region, and this is likely to continue into the future, Pauwels said. Cosmetics, skin and hair care products are also in great demand, being driven by growing awareness of the need for protection from the region's extreme climate and harsh weather over the long summer months.

“The growth of a sophisticated and well-educated populace in these regions is driving the growth in wellness tourism, thanks to the greater emphasis being put on health and fitness as well as overall wellbeing by societies in these countries,” Pauwels said. “The globalization of the wellness industry has led to a boom in wellness tourism due to greater global awareness about the region and the proliferation of high-class international facilities being developed here in the Middle East.”

According to industry figures, the UAE is the leading beauty and wellness destination in the Middle East and North Africa area. Spa tourism is set to enjoy considerable growth with a number of new facilities opening up in the country. Others in the region experiencing rapid growth in wellness tourism include Morocco, Jordan and Saudi Arabia.

“These incredible growth figures were no mere happenstance, but underlined the tremendous potential that exists in the market, which is now acknowledged as the world’s fastest growing market for fragrances, hair care, colour cosmetics, skincare, men’s grooming, spa and wellness.” Pauwels said.

Over the past two decades, Beautyworld Middle East has served as the leading networking and business development events for the global industry looking for a foothold in the region. The event has witnessed the launch of many successful products and played host to many fruitful partnerships that have blossomed over the years. Beautyworld Middle East has also served as a conduit for industry best practice and an invaluable interactive forum for idea exchange between international experts and leading regional players.

“While the region will continue to post impressive growth rates and remain high on the priority lists of global beauty and wellness brands, we are likely to see a further impetus into a greater maturation of the market as well as a push towards an even greater preference for premium and high-quality products,” Pauwels said. “There is also a growing trend toward natural and organic products and we expect to see a growing demand in the halal sector too.”