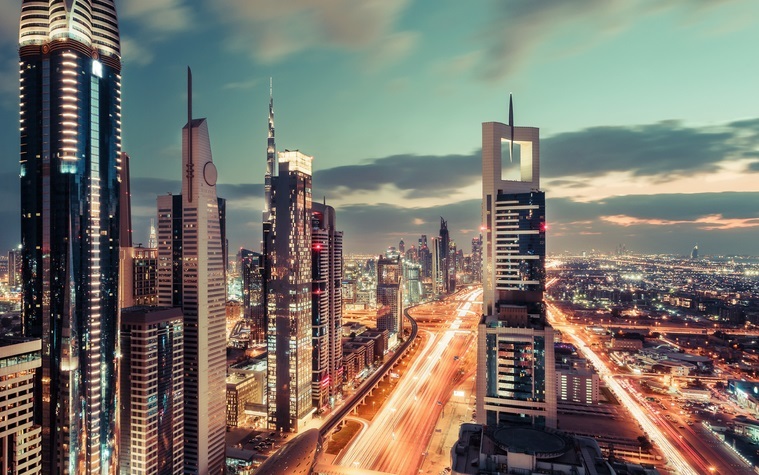 To many, the city of Dubai is a mysterious place: a global commercial hub, a center of cosmopolitan life in the region and a city having an impressive skyline that speaks loudly about money.

But what's at the heart of this amazing city is just as enigmatic as that of any of the world's great cities.

Charlie Raymond is a British citizen who decided to travel the world, visiting many places and ending up in Dubai at a tumultuous time for world economics - in the middle of a major economic crash and the beginning of a recession that would roil communities around the world for years to come.

Raymond stayed in Dubai from 2008 to 2014, and documented his many experiences in a book titled "Hired, Fired, Fled," which was described in a recent press release as “about adventure, misfortune and our modern-day obsession with finding workplace happiness.”

Raymond came to the UAE looking for a journalism job but found much more. His boo takes the reader along on his whirlwind tour of the world from a perspective revolving around the  search for work and meaning.

In an interview with the Gulf News Journal last week, Raymond talked about what it was like to experience life in Dubai after the crash.

“The incredible aspect to the crash was the lightning-fast switch from buoyant positivity to despondent woe at the end of November 2008, as the authorities in Dubai revealed the emirate was $80 billion in debt.” Raymond said. “It was incredible, impossible. Here was a city so confident in its ability to dodge the recession that even as the West sunk into financial gloom, Dubai was still attracting fresh expats by the thousand, every week. And then that confidence evaporated, revealed to be a mirage, as the truth came out, and Dubai's weaknesses were laid bare for all to see.

Raymond described post-crash Dubai as “a trimmed down, quieter place.”

“It was strange in that regard, as the unemployed don't populate Dubai's streets, they have to leave, so a recession is only tangible through the departure of friends and colleagues ... that, and the fact our salaries were paid later, and later,” Raymond said.

However, as quickly as Dubai went down, Raymond said, the city also recovered in the blink of an eye.

“In the time it took Europe to sink, suffer and start work on a recovery, Dubai had dipped, bottomed out, and recovered.” Raymond said. “It was a fast drop, but a fast return to form.”

Raymond attributed some of this to the Arab Spring, which he says drove international companies to bring business to Dubai. Also, he said, Dubai was less affected by plunging oil prices, being less dependent on oil and gas than some other Gulf countries.

“That the emirate fails to look after its blue collar workers needs addressing,” Raymond said. “But again, this attitude helped it recover fast, as cheap labor and a slick visa process helps Dubai build and exist at lower rates than the West.”