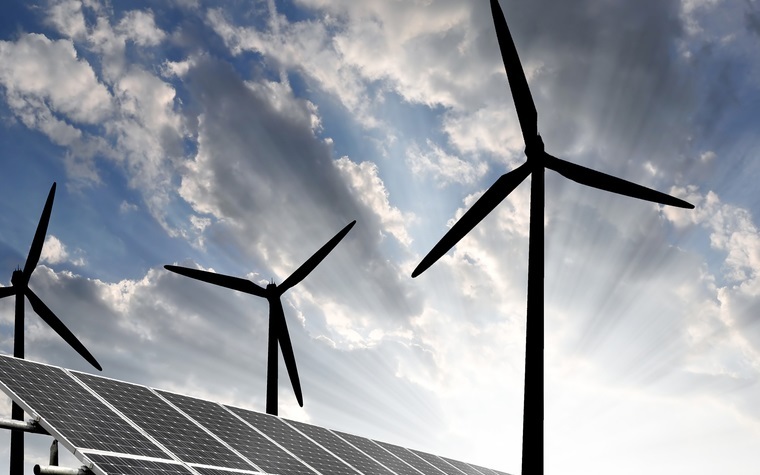 As part of Saudi Arabia's bold new plan to modernize the kingdom, known as Vision 2030, the Saudi Electricity Company (SEC) is taking steps to identify sites for renewable energy projects within the country.

An Aug. 14 press release shows the SEC has started looking at developing plans to implement new energy projects in such areas as Al-Jouf and Rafha. There's also the Harimale Project that is slated to produce over 2700 kW of wind power for Saudi energy systems.

Experts point out that the 9.5 gigawatt projections of the Vision 2030 goal represent objectives scaled back to about a quarter of previous ambitions, but the country is still moving forward with this revised goal.

In a press statement, SEC CEO Ziad Al-Shiha cited the Farasan project, a multibillion-dollar initiative with a 500 kW capacity, as a foray into renewables development.

Some cast the kingdom's new focus on renewable energy projects as part of a plan to diversify the economy and reduce the reliance on oil, while others see it as a move to improve the environment and combat global warming.

“Fueled by abundant oil and gas reserves, the Gulf has emerged as one of the largest energy guzzling regions globally,” Prasad Kulkarni, senior manager of business research and advisory services at research firm Aranca, recently told the Gulf News Journal. “Development of desalination infrastructure and the changing industrial landscape, coupled with rapid economic growth, has propelled GCC countries to the top of emissions charts. … However, a combination of lower oil prices, stringent climate change commitments and a government push towards diversification has forced most Gulf countries to diversify their energy sources.”

Kulkarni noted that Saudi Arabia, as well as Kuwait and Oman, have set targets of getting 10 percent of all energy from renewables by 2020.

“Solar, in particular, is becoming the key to renewable energy development in the MENA region, as it is the most abundant renewable source available.” Kulkarni said. “The cost of solar photovoltaic modules is also falling significantly. As a result, nearly 85 to 90 percent of the money invested in renewable energy development is being spent on solar energy. Governments in MENA have not only increased their investments and solar energy targets, but are also pursuing public-private partnerships for increasing infrastructure investments.”

“Wind power, although at a nascent stage currently, also has significant potential to develop in the region.” Kulkarni said. “It will be interesting to watch developments in Jordan, Morocco and even Egypt on this front. Close to 34 wind power projects worth around $5 billion are currently underway in these countries, and a lot is riding on the success of these projects as they are likely to define the roadmap for wind power in the region.”