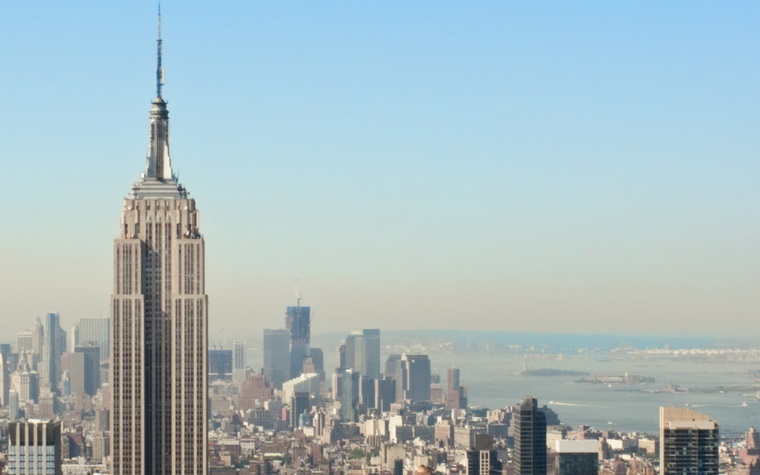 The Qatar Investment Authority (QIA), Qatar’s sovereign wealth fund, made a sizable investment last month in a real estate investment trust with assets that include the Empire State Building in New York.

The move has generated some rather mild national press, but it is attracting scrutiny from some who have questions about this kind of foreign investment in U.S. infrastructure.

Wall Street Journal reporting shows that the QIA bought a 9.9 percent stake in Empire State Realty Trust, with an investment of $622 million.

The REIT owns a portfolio of properties within New York City and Westchester County and Connecticut, but the crown jewel of this fund is the Empire State Building, the iconic 102-story skyscraper in midtown Manhattan that was the world's tallest building for most of the early 20th century.

While Empire State Realty Trust President John Kessler has called the QIA “one of the most sophisticated and reliable real estate investors in the world” and welcomed the partnership in press statements, others have some questions.

Bob Darvish, a cybersecurity expert and international business risk analyst who has worked for Fortune 500 companies and sits on the advisory board of the Muslim American Leadership Association (MALA), has some concerns about the deal.

“It's partly the symbolism of it.” Darvish told the Gulf News Journal. “You might as well buy a piece of the Eiffel Tower.”

Darvish, who also has been executive director of the Council on American-Islamic Relation chapter in Columbus, Ohio, and was president of the Muslim Forum of Utah, said while the purchase is entirely legal, he has questions about the ramifications of these types of international purchases and how sectarian interests could come into play.

“The intent is what I question.” Darvish said. “Are they just making money out of it?”

Darvish talked about what he calls “Wahhabi groups” and harsh versions of Shariah law that could have influence in Qatari leadership teams. He also talked about his experience as a Muslim, knowing that the extreme sectarian groups might force others to practice certain aspects of Islam.

In addition, Darvish questioned how foreign holdings in the Empire State Building’s real estate trust might affect ongoing maintenance and operations for the skyscraper in the future.

Darvish said it's hard for Westerners to understand the sectarian conflicts that are at work in many Islamic communities — but, he said, without correct oversight, these things could have an influence on American assets partially or totally owned by foreign investors.

Another potential problem, he said, is outsourcing contracts for cybersecurity. Describing situations where offshore analysts might hold sensitive data, Darvish said it makes more sense for countries to play it closer to the vest and invest in domestic staff for sensitive cybersecurity campaigns.

“The amount of influence does make a difference.” Darvish said of strategic international partnerships, suggesting that Americans and others should be deliberate, not just money-minded, about the deals that they pursue.