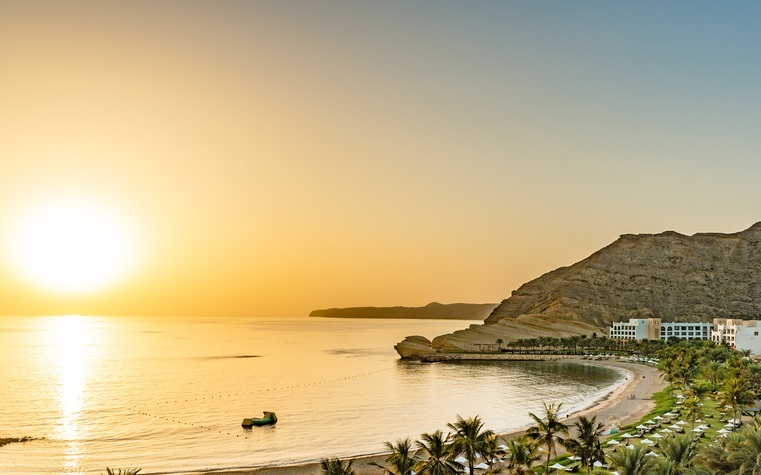 Oman uses real estate assets to diversify | Courtesy of Shutterstock
To add vitality to its national economy, the Gulf Coast country of Oman is getting proactive about opening up real estate to a range of investors, for the purposes of creating tourist infrastructure.

A Nov. 28 press release shows the country's Housing Ministry has identified 33 plots of land to promote for investment purposes. It has signed contracts for five of those with investors.

Part of the stated goal of this project is to diversify the national economy away from fossil fuels. Much of the Middle Eastern press has been abuzz with news of the fallout from the lower oil prices throughout the past year, as Oman and its neighbors make dedicated steps to drive different parts of their economies as they rely less on oil and gas revenues.

International analysts also see the urgent need for these countries to start to move away from their traditional revenue sources.

“The drop in oil prices has forced GCC countries to look at their economies in a more national and regional manner,” William Palumbo recently told Gulf News Journal.

Palumbo is head of the Qatar Awareness Campaign. The oil boom, he said, is at its end.

“The days when oil alone could finance the governments -- and pay for endless imports -- of the Gulf states appear to be over,” Palumbo said. “Oil and other energy exploitation around the globe signal that prices will remain low for the foreseeable future.”

In addition, he said, the very nature of international trade is changing.

"Free trade itself is up for renegotiation,” Palumbo said. “With Brexit, and now the election of Donald Trump, bilateral trade relations will again be more common. The UAE, the GCC and soon the world will likely be renegotiating trade deals -- for example, steel -- in light of the trend away from globalization.”

Adjustments to these new realities may take some time. Resources like this infographic show that, though the Oman government continues to make strides to develop other areas of its economy, the centering towards oil remains significantly in play. However, diversification does exist and is growing rapidly.

As for government response, the Times of Oman reported in July that a National Program for Enhancing Economic Diversification has received approval from Sultan Qaboos bin Said and other governing parties, according to Talal Al Rahbi, deputy secretary general at the Supreme Council for Planning.

Times of Oman features from the past year show a timeline of responses from the sultan, but without attributed quotes.