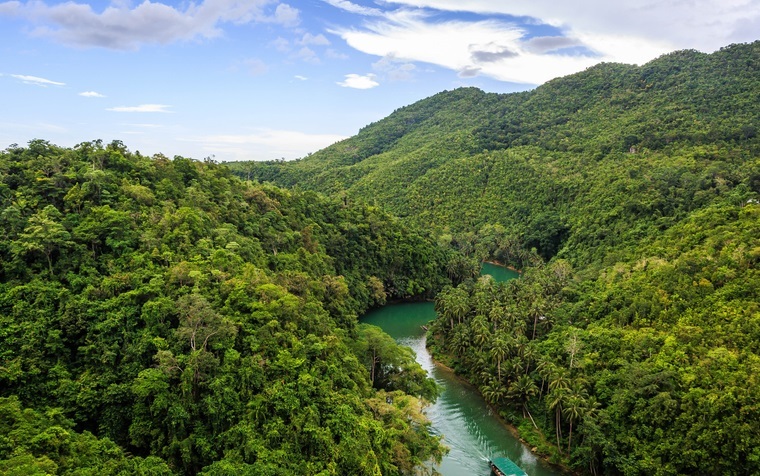 Qatar real estate company plans to expand holdings to Philippines | Courtesy of Shutterstock
A major real estate firm in the Gulf country of Qatar is focusing some attention on an emerging market, the Philippines, as a way to diversify its business.

Press releases late in November show the leadership of the Al Nitaq company taking stock of real estate assets in the Philippines as part of a consideration of that country’s potential.

In response, Philippine agencies are mapping the 7,500 Philippine Islands to help show outside investors where development is most feasible.

The company's investment in the Philippines would be much different: according to internal documents and communications, Al Nitaq is interested in setting up different types of installations related to agroforestry and agricultural industry -- as well as some energy projects and tourist-centered projects.

Interest in the Philippines should be viewed in the greater context of some of Qatar’s other recent international investment strategies -- for example, the country's sovereign wealth fund is positioned to make big plays in countries like the U.S. and China. Earlier in the year, the fund’s acquisition of a Real Estate Investment Trust holding a piece of the New York Empire State building made headlines around the world.

In the Philippines, according to experts, it is partially about giveaways. The Philippine Economic Zone Authority (PEZA), a national agency, is offering outside investors various perks related to developing there. One is a tax holiday that could last four to eight years, according to government figures. A lower income tax and import benefits are also part of the deal.

Interestingly, one of the land assets that the Philippines has open for use is a former U.S. Air Force base. The Philippine government regularly leases an area of 244 square miles formerly known as the Clark Air Base, a U.S. military installation. This process is facilitated by the domestic Bases Conversion Development Authority which looks at repurposing former foreign military bases in the country.

What is behind these types of new investment strategies?

For more, Gulf News Journal spoke to Dhirender Mishra on Monday. Mishra is manager of business research and advisory at research firm Aranca; he has more than nine years of experience in business research and consulting. Additionally, he has extensive experience in executing and managing projects in a wide range of industries like real estate and infrastructure; electrical and electronics; energy and power; and chemical.

“Investments by Qatari Real Estate firms in the Philippines can be considered as a win-win situation for Qatari firms as well as for the Philippines,” Mishra said. “Qatari firms will be able to leverage the benefit of the country’s strong economic growth to expand their presence in untapped markets and develop new streams of revenue.”

Mishra went on to say that Philippine leaders would also benefit, with deals that could enhance that country’s real estate community.

“Investments channelized by the Qatari firms would facilitate the growth of the real estate sector in the Philippines and also provide the necessary funding for fueling the country's economic growth further,” he said.