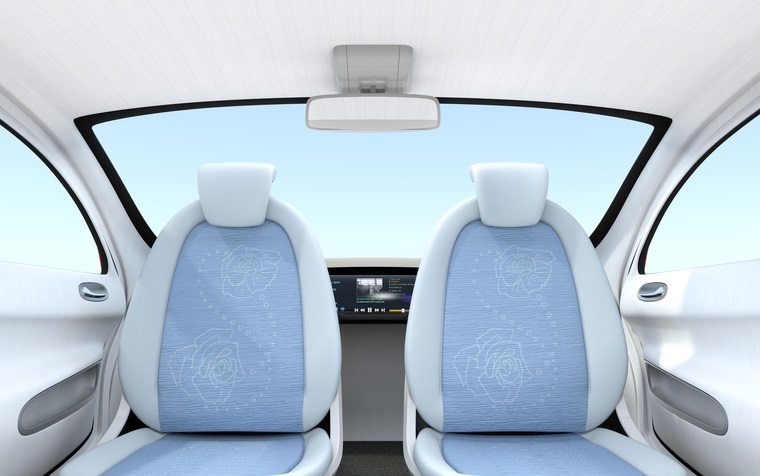 Study tests UAE consumer readiness for driverless vehicles | Courtesy of Shutterstock
A new study in the UAE is showing consumer ambivalence when it comes to driverless cars.

With new public transit pilot programs out in downtown Dubai, the UAE is becoming a world leader in getting autonomous vehicle technology out onto the roads. While large-scale driverless car adoption is still tied up in red tape stateside, the reality in places like the UAE is that driverless cars are emerging quickly.

A study recently conducted by YouGov’s Omnibus Service shows the majority of citizens in the UAE are excited about driverless cars: 58 percent described themselves as “enthusiastic” about traveling in a non-human-controlled car. At the same time, a full 57 percent of respondents said they would not feel safe in a driverless car.

When asked about their concerns, most of those surveyed cited the risk of technology failure. Many also reported being nervous about the possibility of software hacking and mechanical failures.

Still, there are some big upsides for drivers and passengers in the UAE and in other parts of the GCC community.

Some of the most significant benefits could be experienced by women in countries like Saudi Arabia and Qatar who typically need a male escort to go anywhere.

“How does this change how we view women in the driver’s seat?” Mike Toney recently told Gulf News Journal.

Toney has a master's degree in international business with a focus on the Middle East -- and years of experience in the region as a U.S. military staffer.

Toney said it’s likely that most women would still need a male family member or some other male to go with them on public trips. Autonomous driving, he said, might help in situations where the escorting male doesn’t have a license or is unable to drive for some reason.

Toney also described how driverless cars could open a conversation about the specific leniencies of national neighbors: for example, practices in the UAE compared to those of nearby nations like Saudi Arabia.

Citizens of those countries, he said, could expect big debates on little details, such as what level of autonomy a female passenger can have, when she is considered a “driver” or when autonomous driving software would need oversight.

Hashing out those details, Toney said, might involve some of those under Islamic law pushing the envelope to test the stance of imams and other leaders on the use of the new technology.

“Everybody wants a little more freedom,” he said.

As for the quick progress made in Dubai -- compared to the lack of a vibrant driverless car phenomenon in the East Coast cities of the U.S. -- Toney stated that, without the vast regulatory systems in place in the U.S., it’s easier to turn the ship on a dime.

“It’s always easier to get something through in a monarchy,” he said.