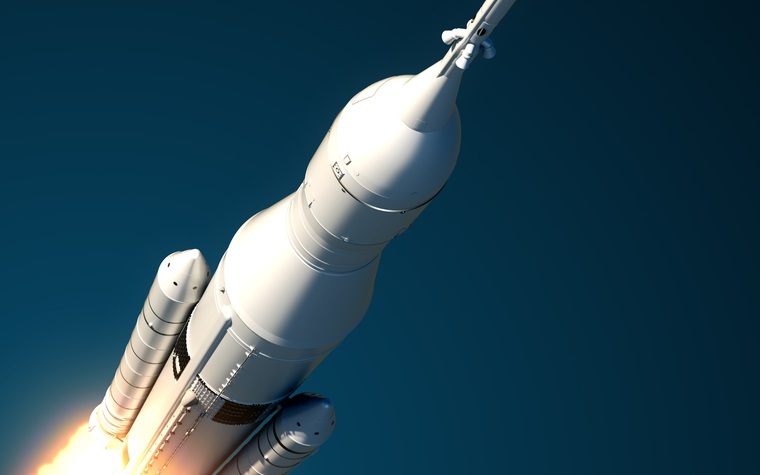 The Saudi space program continues to be relevant in a post-oil economy. | Courtesy of Shutterstock
Although Saudi Arabia has an active space exploration program -- even in the post-oil age -- the Saudis have agreements in place to finance joint international efforts focused on establishing more human bases in outer space.

Reports from 2015 show that Saudi Arabia intends to partner with Russia to put an international space station into orbit by 2023.

An original deal, as reported in the International Business Times, shows representatives of the Saudi King Abdulaziz City for Science and Technology signed an agreement with Russian space agency Roscosmos to look into launching the new station.

Saudi Arabia's plan isn't the only collaboration between Russia, a traditional leader in space exploration, and nations in the Middle East. In fact, years after reports of Russian concerns related to Iranian space development, in 2014, many venues reported a joint deal that, at the time, did not involve much public detail.

Reporting on the progress of that collaboration has been scant, although reports from this past May show international sanctions have had a chilling effect.

A recent New York Times op-ed, while not mentioning space exploration in particular, contends Russia and Iran may have reason to develop stronger international ties over time.

For more about what the new international space station might look like, Gulf News Journal spoke with Harry Keller, president and founder at Smart Science Education Inc., about the process of getting a new station set up.

First, Keller said, it's unlikely that Saudi Arabia and Russia have immediate plans to break ground by designing a space station for the surface of the moon, rather than one that is free-floating in space.

“The moon is very difficult,” Keller said. “It's much further away -- you have to land.”

On the other hand, he said, the moon would have reserves of water and caves that might help shield explorers from cosmic radiation, making it a possibility for the future.

In terms of the existing technology for orbiting stations, Keller described a type of inflatable gear that he said shows a lot of potential.

“It's not just a balloon,” he said, describing a “self-sealing, self-healing” space exploration unit.

According to Keller, the Russians have the technology to put some sort of floating station in space, considering their long participation in the existing international space station.

“They have all of the knowledge necessary to do it,” he said.

Keller continued by suggesting that Saudi Arabia might be on board as a financial partner due to Russia's smaller capacity for capital funding. He cited Russia's relatively small GDP, in addition to lower oil and gas prices for commodities that constitute a significant portion of Russia's exports.

Time will tell exactly what the game plan is between the Saudis and the Russians. However, strong indicators suggest that -- along with Saudi Arabia's major investments in renewable energy, recent success in bond issuing and vigorous efforts to keep paying national salaries -- the kingdom, under new financial constraints and pressures, still has its eyes set on places beyond the earth's atmosphere.