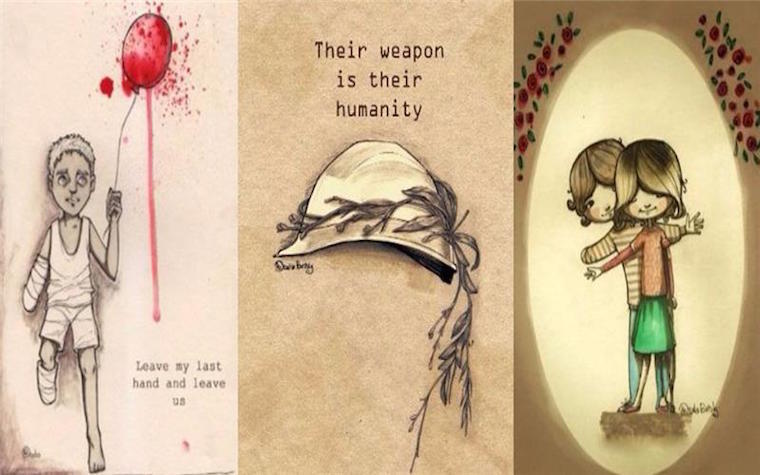 Syrian cartoonist Diala Brisly talked with Al-Jazeera recently about her efforts to heal some of the wounds of the Syrian conflict through her artwork.

"In 2011, I began as an activist in the movement for democracy in Syria, at first joining in protests and creating artwork,” Brisly said. “This soon expanded into working to supply field hospitals that were under siege with [medical equipment] ... and coordinating humanitarian assistance."

Brisly, who lost a brother in the fighting, began drawing cartoons when she lived in Damascus, creating images she hoped would help children find hope in a world torn apart by war. A few years ago, she fled to Turkey, and now lives in Beirut, where she continues her work by visiting the tents of other Syrian refugees.

She paints large, simple images on the tents -- nature, sunshine -- because she wants the children to have hope to replace the feelings of loss with which they are burdened.

"To many, it may seem pure decoration, but for children, it is real therapy," Brisly said.

Brisly said the children have lost much, but one of the greatest losses might be their lack of an education.

"These children are the future of Syria; they represent the only possibility of rebuilding our country," Brisly said. "But what kind of country will [it] be if we witness the destruction of these children without doing anything?"

Brisly hopes to be a voice for refugee education and continues to use her skills to inspire.