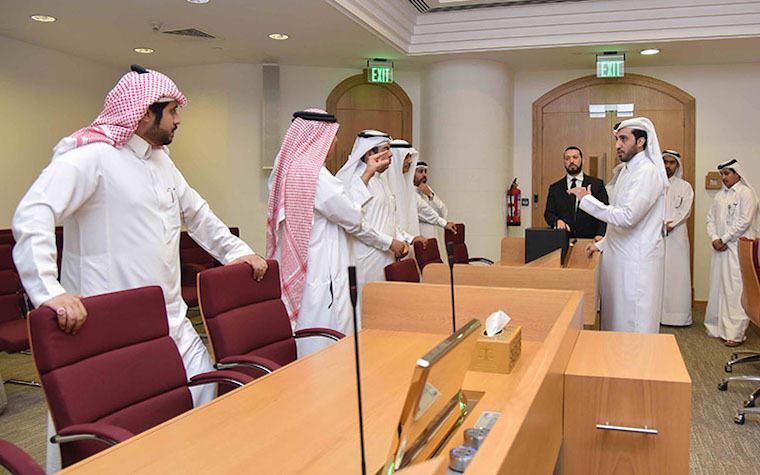 A delegation from Bahrain recently got an inside look at the Qatar International Court and Dispute Resolution Centre (QICDRC) in Doha.

During the visit, which was joined by the GCC general secretariat of the Gulf Cooperation Council (GCC), the officials discussed judicial affairs and the delegation learned about the workings of the QICDRC.

QICDRC CEO Faisal Rashid Al Sahouti noted that an exchange of experiences in legal and judicial matters will help the two countries develop bilateral relations in those areas.

The Bahrain delegation also visited the arbitration court room facilities to get a deeper understanding of the way the organization, commercial and civil courts are separated . It was also shown the process used for handling cases and judicial appeals.

The QICDRC is a key component of Qatar's initiative to build a world-class international financial center. Its goal is to attract international business and financial services.