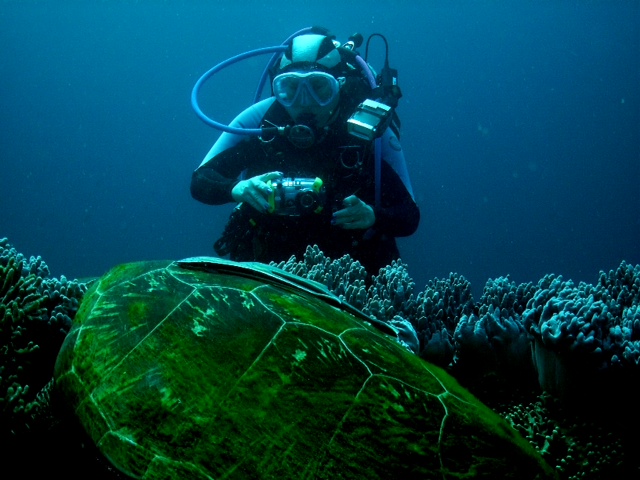 Jacobs hopes to spread the joy she experiences while exploring the underwater world. | Courtesy of Rebecca Jacobs
Saudi Aramco's underwater inspection robot made a splash when it underwent its first field test recently.

The robot, known as the Shallow Water Inspection and Monitoring Robot (SWIM-R), went through demonstrations at the Ras Tanura West Pier with help from Aramco's Marine Department. According to the company, the robot carried out inspections on underwater pipelines, successfully performing visual inspection, marine-life cleaning and ultrasonic thickness readings.

SWIM-R technology was created by Intelligent Systems Lab of the Oil and Gas Network Integrity Division (OGNI) at the R&DC. The project was developed in close collaboration and partnership with the Underwater Inspection and Repair Unit of the Industrial Services Marine Department. Work on the project consisted of seven research and development engineers along with an Inspection Department engineer and two members of the Marine Department.

The entire project took two years, from design to development and field-testing -- five months ahead of schedule. SWIM-R is seen as a possible replacement for human divers in shallow areas, since it won't need oxygen connections like humans do.