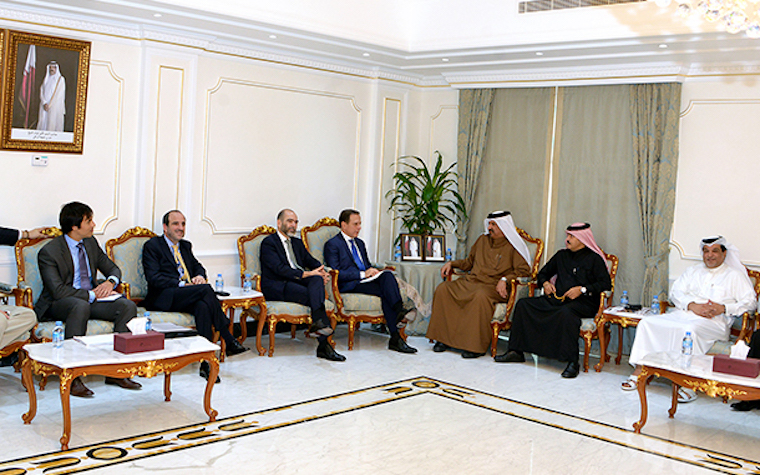 The Qatar Chamber of Commerce recently hosted the mayor of the Sao Paulo, Brazil, Joao Agripino da Costa Doria, for a discussion on bilateral relations between the two regions.

During the meeting in Doha, Doria urged Qatari businesses to learn more about the business and investment climate in his country, particularly in Sao Paulo, the chamber said in a news release. Doria said Sao Paulo provides great opportunities in the majority of its sectors, specifically infrastructure and real estate. Sao Paulo is the largest city in Latin America and accounts for 18 percent of Brazil’s gross domestic product; this helps make the city a notable investment destination, Doria said in the release.

Qatar Chamber Vice President Mohammed bin Ahmed bin Twar spoke about the 2014 World Cup during the meeting. Brazil hosted that major global event, and Qatar will host it in 2022. Twar said he hopes that companies in Qatar can learn from the experience Brazilian companies gained during the lead up to the 2014 event, the release said. Twar also asked that businesses from both countries explore investment opportunities. He praised the Brazilian mayor for visiting Qatar.

The two sides are working toward a business forum some time in the first half of 2017 to bring together Qatari and Brazilian business leaders.