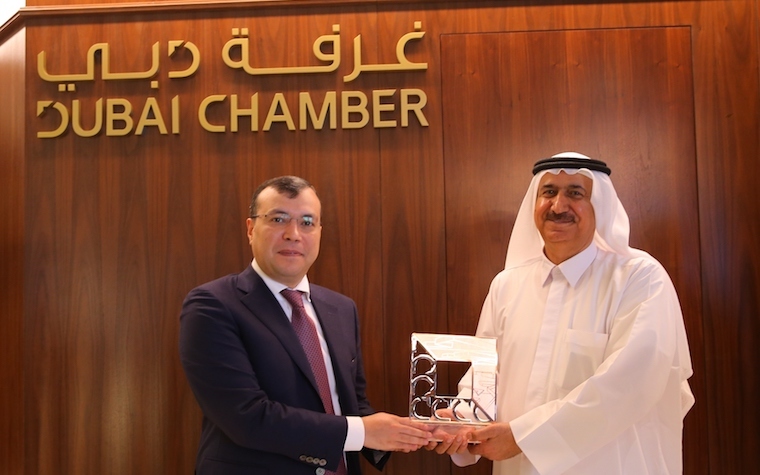 The Dubai Chamber of Commerce and Industry recently said it hosted a high-level delegation from Azerbaijan led by Deputy Minister of Economy Sahil Babayev.

The delegation included 28 representatives from the public and private sectors of Azerbaijan who were greeted by chamber Vice Chairman Majid Al Shamsi and Undersecretary for Economic Affairs for the UAE Ministry of Economy Mohammed Al Shehhi, a chamber release said.

During the meeting, the delegates met with Al Shamsi and business people from the UAE who represented the country’s food and retail sector.

Babayev noted that Azerbaijan currently has approximately $300 million worth of investments in the UAE and 255 UAE companies operate in Azerbaijan.

“We are ready to cooperate with the UAE and create new joint ventures in the areas of industry, logistics, and transport, while we also hope to attract UAE businesses that want to set up in Azerbaijan,” Babayev said in the release.

Babayev said that Azerbaijan is an ideal market for foreign investment and has political and economic stability. Additionally, the country entices investment with cheap labor costs and a skilled labor force.