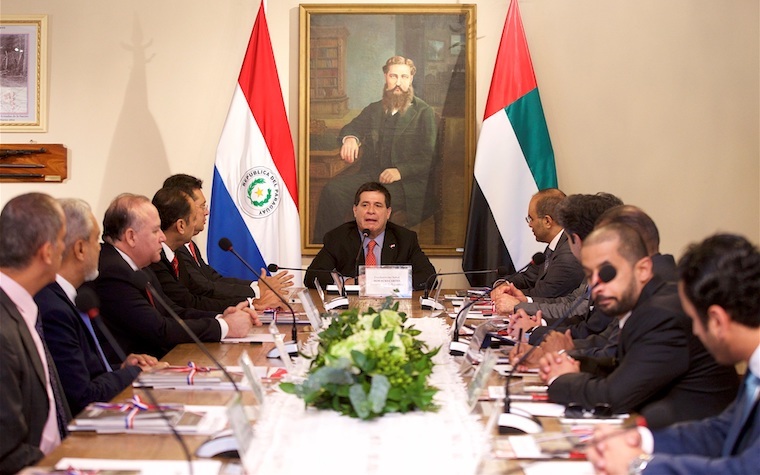 Cartes met with a delegation from Dubai Chamber of Commerce and Industry and spoke of his intention to grow trade and investment between the two nations, according to an announcement. This meeting was held on the sidelines of the Global Business Forum on Latin America roadshow, which was organized by the Dubai Chamber. Cartes said that Paraguay would provide any necessary resources to facilitate bilateral development.

Majid Saif Al Ghurair, chairman of Dubai Chamber, led the delegation for Dubai. He provided an overview of Dubai-Paraguay relations during the meeting.

Editor's note: An earlier version of this article incorrectly identified Ahmed Bin Sulayem as CEO of Dubai Multi Commodities Centre. This has been corrected.