BAHRAIN INTERNATIONAL EXHIBITION CENTRE: The CEO of the BTEA Hails the Continued Progress of the Bahrain Bay Project 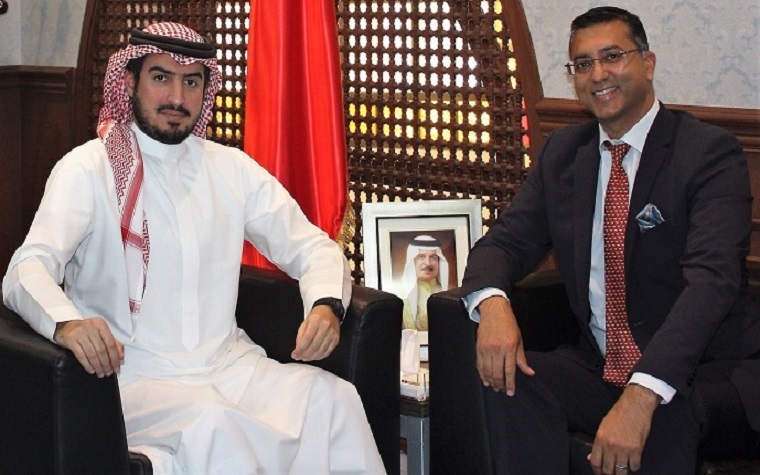 During the meeting, H.E. Shaikh Khaled bin Humood Al Khalifa stressed on the importance of further enhancing areas of cooperation between the two entities across all fields, particularly the tourism sector.

His Excellency also highlighted that BTEA’s strategy focuses on developing and promoting the tourism sector through the revitalization of various recreational activities. He also highlighted the importance of the Bahrain Bay project due to its strategic location further reiterating its importance as a key investment and economic center contributing to the enhancement of the tourism infrastructure in the Kingdom of Bahrain.

For his part, Mr. Gagan praised the efforts of the BTEA in developing the tourism sector in order to enhance its contribution towards the development of the national economy. He also stated that the BTEA plays a major role in promoting the Kingdom by hosting local and international events and exhibitions, as well as other projects aimed at developing services, tourism facilities and attracting investments.