U.S. DEPARTMENT OF LABOR: A New Career in the Tech Industry 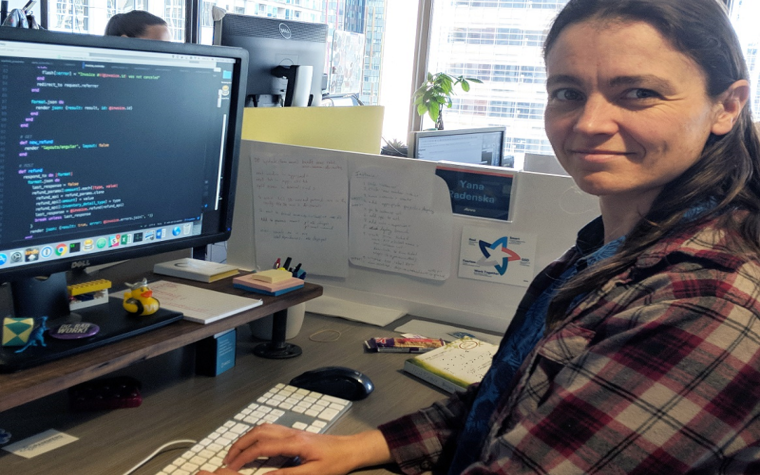 U.S. Department of Labor issued the following announcement on May 15.

Yana recommends an apprenticeship for anyone seeking a career change.

Yana Radenska was a teacher in Seattle when she first considered making a career change to the tech industry.

Although she has a master’s degree and had dabbled with computers in the past, she knew she lacked skills, experience, and connections. Yana also wasn’t sure how she would afford the training necessary for the job she wanted.

That changed after seeing a friend’s post online about a unique program called Apprenti.

Apprenti is an apprenticeship program of the Washington Technology Industry Association Workforce Institute that addresses the workforce shortage in the tech industry through paid on-the-job training and education. The program began in Washington state and has since expanded nationally through a U.S. Department of Labor apprenticeship intermediary contract.

Yana applied to the program and was selected by a tech company to attend a 16-week coding boot camp, after which she began an apprenticeship with the company. While earning a paycheck, Yana received on-the-job training as a full-stack developer – learning a broad range of skills to build and maintain web applications.

After only seven months, her excellent performance as an apprentice resulted in the company hiring Yana for a full-time position in its Seattle office. Yana writes code and helps maintain the company’s website in her new job. She also more than doubled her annual salary.

Yana recommends the apprenticeship route for anyone in need of a career change.

“It has changed my life. I couldn’t have afforded it otherwise,” she says. “Every other apprentice I’ve talked to feels the same way.”

Yana says this is especially important because it provides more job opportunities in tech fields for people who may not have the means to pursue college degrees or costly training programs. “By opening the door for a wider variety of people, apprenticeships increase the diversity in tech fields,” she noted.